Not Everyone in Red Sox Nation is Celebrating 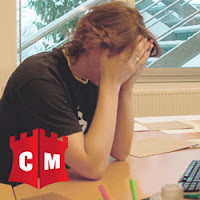 Baseball fans across Boston celebrated in riotous joy Wednesday night at the final out of game six of the 2013 World Series. For the third time in a decade, they have become the national champions. The media frenzy capped off the win with commentaries and analysis of players, managers, coaches, umps, and any other topics and angles they could find.

Yet a disturbing undertone hummed beneath the usual statistics and congratulatory numbers repeated in the news and splashed across our computer screens. In describing the winners, the losers were held up to scrutiny as well. Not necessarily just the St. Louis Cardinals, either.

One popular memory dredged up for review was the last time Boston played a game six at Shea Stadium. In 1986, the Red Sox were in a ‘win the game or lose the championship’ situation against the Mets. In a disastrous mistake, Bill Buckner failed to make a rather routine play, allowing a ground ball to roll between his ankles. Boston lost the game and the championship, and Bill Buckner lost his outstanding reputation.

In his 20-year career, Buckner participated in 2,700 games, won a batting title, and played in All-Star games. But mention his name to baseball fans across the country, and what will they remember? Buckner’s mistake.

Titles like the World Series are never won or lost by one person. A whole team is responsible for the position in which they find themselves during a championship run. But, when a team fails in such as way as the Red Sox did in 1986, the fans often need a scapegoat. Poor old Buckner just happened to find himself in the crosshairs.

In Wednesday night’s game, Cardinal’s rookie pitcher Michael Wacha took the blame for the devastating loss. Wacha had been a superhero, a young kid who leveled Boston in game two, and whose postseason stats astonished even the most seasoned fans. But by the morning after the World Series loss, pundits clamored to figure out “What happened?” as they pointed fingers at his disappointing performance and burdened him with their defeat.

In today’s world of internet immediacy, one mistake can be magnified until reputations are decided by skewed or inaccurate information. Centel Media™ is an online reputation management company who can protect your image and your name from a bad call. Let us make sure that you have what you need to level the playing field in your own high-stakes game.