Will the Real Slim Shady Please Stop Being Homophobic? 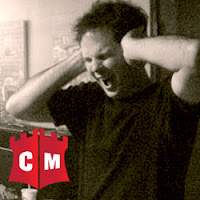 With over a decade of commercial success, multiple Grammy awards and the title of best selling artist of the 2000s, Marshall Mathers aka Eminem has made an outstanding career using his quick and clever lyrics to produce a great following of fans and critics.  Known for his ability to vary between playful and hard-hitting raps, Eminem has firmly established his versatility. Yet, both critics and fans are still pondering upon certain decisions the artist has made in his choices on wordplay.

In 2009, with the release of his sixth studio album “Relapse,” the artist was confronted for his blatant and insulting use of offensive language.  Within his verses, he targeted famous artists (Adam Lambert and Clay Aiken) who are identified as homosexuals. Eminem’s delivery suggested prejudice towards the artists for their sexuality.  Homophobic slurs were riddled within his rhymes on his first two albums back in the early 2000s, bringing many to question his position and attitude towards the LGBT community.

When confronted on the matter in 2009, Eminem was quoted as saying that his lyrics should not impress upon his fans or other artist that he, as an individual, is homophobic. However, his defense hasn’t been enough to soothe critics. It seems that Eminem has found himself on the wrong side of changing times.

In the past several months, new policies and old laws have been both instituted and struck down. One of the greatest victories for the LGBT community came during this year’s Supreme Court decision to end DOMA. DOMA prevented same-sex couples from gaining the same benefits as legally recognized married couples under federal law.

Such dramatic change has had its impact on the rest of society. Attacks on gays and lesbians are now frowned upon by the larger part of America, and has resulted in the destruction of many reputations. Upon his newest release, “Marshall Mathers LP 2,” a follow up to his hit 2000 album, “The Marshall Mathers LP,” Eminem has once again found himself in the headlines of newspapers and magazines for the wrong reasons.  “Rap God,” a single from his newly released album, takes shots for about a quarter of a verse, demoralizing “gays” with lines like: “So gay I can barely say it with a straight face…”

Amidst the flare of critics and artists posting comments and articles bashing Eminem as homophobic, the rapper is managing to stand his ground by responding to the media, stating that his words do not entirely reflect his positions.  Chalking up his use of gay epithets as commonplace for him having been involved in rap for over two decades, the 41 year-old states that he is not anti-gay and uses such language out of the context of homosexuality.  Whatever the case may be, the negative attention, along with his seemingly unsatisfactory explanation, may sully the established rapper’s image for old fans and new ones alike.

Centel Media™ is rated at the top for their services in managing online reputations.  Situations created by individuals who don’t consider the full breadth of their decisions, and how those decisions may impact others, can be crushing for any business or career.  Ensuring that you or your company is represented properly at all times is key to present and future success.  With services like negative article suppression, Centel Media™ professionals will provide what you need, when you need it, to renew and refine your company’s image.

Centel Media™
Posted by Roche' Johnson at 11:12 AM