Tensions in the China Sea Cause Global Concern 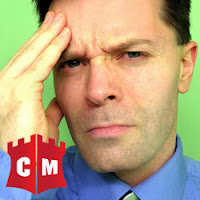 Since the end of World War II China and Japan have each claimed rightful possession of a small chain of uninhabited islands in the China Sea. Years ago, the two sides reached an uneasy status quo when each loosely agreed to disagree. But now the Chinese government has boldly declared an Air Defense Identification Zone (ADIZ) over wide areas of the China Sea, including these islands and miles of international airspace. The newly invented Chinese no-fly zone requires all aircraft in the area to ask permission to enter the airspace and file flight plans. But this is international airspace, not sovereign Chinese airspace. As the Chinese official media publishes photos of the country’s steadily increasing arsenal and blames the necessity of this move on Japan, U.S. officials are assessing how volatile this situation might turn out to be.

The U.S. military flew two B-52 Bombers through the heart of the airspace to indicate that we do not acknowledge the ADIZ. China responded by stationing 24 of its own bombers near the no-fly zone and sending two military planes up to monitor air traffic. According to the US, the no-fly zone is an extremely provocative and mildly aggressive political action. Neighboring countries like South Korea and Japan are watching the situation closely. South Korea also has disputes with China over territory, and diplomats fear that South Korea will escalate tensions by declaring its own no-fly zone.

Much of the political posturing and information gathering has taken place on the international media stage, with each side using global technologies to strengthen its arguments. The Chinese government controls all news outlets in its country, and has declared to its people and the world that the U.S. government should “stop indulging Japan’s recklessness in exchange for a mess of pottage.” These strong words were countered by Defense Secretary Chuck Hagel, who said the U.S. was considering ‘mechanisms’ to avoid conflict, whatever that means.

Interestingly, U.S. economic strategists have also been watching these developments closely, updating their websites and blogs regularly. Some even speculate that perhaps this whole mess might translate into millions in sales for Boeing. Overall, the last thing the world needs is more conflict between these superpowers. But as the situation plays out we may find ourselves turning to the internet for the latest developments.

Your customers also depend on the internet to keep them informed. But if your business has been the target of negative publicity, contact Centel Media™. Our online reputationmanagement services can help you regain your standing. If your company has been hit by detractors, we can provide negative suppression services which target articles, images, videos, and reviews. Our team of writers and computer experts can publish press releases to show your company’s positive activities. There is no need for your media image to be shaped by someone else. We believe you have the right to control it.


Centel Media™
Posted by Roche' Johnson at 11:14 AM No comments: