The Army Is Coming! 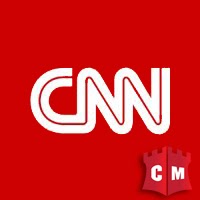 It seems as though everyone from all races, ages, and area codes are affiliated with some kind of social media site. The medium has even become an important aspect of business affairs as well. The last thing anyone would want is for their social media site to be compromised for any reason. For example, the Cable News Network or CNN as it’s commonly referred to as is one of the leading  news channels in today’s society. Last Thursday, some of CNN’s social media accounts were hacked. Making sure your social media page is properly optimized is one of the ways we can deal with this issue.
The accounts that were affected include CNN’s main facebook account, CNN politics facebook account, and both their main and security clearance Twitter pages. Other accounts that were compromised were blogs for The Lead, Political Ticker, Crossfire, Security Clearance, and The Situation Room. The hackers who invaded the site claimed to be apart of a Syrian Electronic Army. This group consists of pro-Syrian hackers who aggressively target major activists and news organizations. The Syrian Electronic Army has previously claimed to be responsible for last year’s 20-hour blackout of the New York Times website.
The comments that the hackers posted on CNN’s twitter account said “The Syrian Electronic Army was here...Stop lying...All your reports are fake!” Another comment posted by the group on CNN’s twitter account explained their reasoning for hacking which was to retaliate against “viciously lying reporting aimed at prolonging the suffering in Syria.” The comments were immediately handled by CNN but not without possibly causing some damage to their online reputation.  Social media optimization should definitely be considered to help repair damage that has occurred due to an incident similar to CNN’s. The top online management company Centel Media, assists clients in gathering or regaining those likes and/or followers on social media sites.
It is extremely important to utilize everything that Facebook and Twitter have to offer in regards to making your presence known in the social media world. Centel Media can make sure that your presence is not only a big one but a positive one as well. A lot of businesses underhandedly attempt to expand their social media sites by buying those likes and followers. However, our team of web experts get the same results for their clients but in a way that will represent their brand respectfully and honestly. So if the army comes at you, make sure you have Centel Media to fall back on.

Posted by Unknown at 1:34 PM No comments: 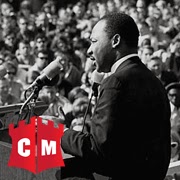 Martin Luther King Jr. was an American clergyman, activist, and leader in the African American Civil Rights Movement. He is best known for his role in the advancement of civil rights and his use of nonviolent civil disobedience. King has become a national icon in the history of America progressivism.

A Baptist minister, King became a civil rights activist early in his career. He led the1955 Montgomery Bus Boycott and helped found the Southern Christian Leadership Conference (SCLC) in 1957, serving as its first president. With the SCLC, King led an unsuccessful struggle against segregation in Albany,
Georgia, in 1962, and organized nonviolent protests in Birmingham, Alabama, that attracted

national attention following television news coverage of the brutal police response. King also helped to organize the 1963 March on Washington, where he delivered his "I Have A Dream" speech. There, he established his reputation as one of the greatest orators in American history. He also established his reputation as a radical, and became an object of the Federal Bureau of Investigation's COINTELPRO for the rest of his life. FBI agents investigated him for possible communist ties, recorded his extramarital liaisons and reported on them to government officials, and on one occasion, mailed King a threatening anonymous letter that he interpreted as an attempt to make him commit suicide.

On October 14, 1964, King received the Nobel Peace Prize for combating racial
inequality through nonviolence. In 1965, he and the SCLC helped to organize the Selma to Montgomery marches, and the following year, he took the movement north to Chicago. In the final years of his life, King expanded his focus to include poverty and the Vietnam War, alienating many of his liberal allies with a 1967 speech titled "Beyond Vietnam". King was planning a national occupation of Washington, D.C., called the Poor People’s Campaign. King was assassinated on April 4, 1968, in Memphis, Tennessee. His death was followed by riots in many U.S. cities. Allegations that James Earl Ray, the man convicted of killing King, had been framed or acted in concert with government agents persisted for decades after the shooting, and the jury of a 1999 civil trial found Loyd Jowers to be complicit in a conspiracy against King.

King was awarded the Presidential Medal of Freedom and the Congressional Gold Metal
posthumously. Martin Luther King, Jr. Day was established as a U.S. Federal Holiday in 1986. Hundreds of streets in the U.S. have been renamed in his honor. A memorial statue on the National Mall was opened to the public in 2011.
Posted by Roche' Johnson at 11:17 AM No comments: 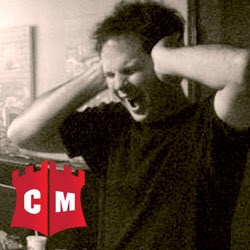 Plagiarism is never a good thing. Ask any eighth grader who has written a research paper or talk to Shia LaBeouf, who recently wrote and directed a film called HowardCantour.com, which was a short film about an online film critic of the same name. LaBeouf was accused of copying the works of writer and cartoonist Daniel Clowes. While Clowes himself doesn't seem to have taken any offense to LaBeouf's film, the Internet has made itself a champion for the protection of his intellectual property by calling for LaBeouf's apology. However, although LaBeouf has apologized and continues to do so, lately his comments to his Twitter followers have been mocking and satirical. He even arranged for a plane to write Clowes an apology with its exhaust. LaBeouf is fueling negative criticism of himself and his film by not letting go of the issue.

LaBeouf admitted to the guilt of plagiarizing, but both he and the 'Twitterverse' can't seem to leave the situation alone. His post-apology replies have all been plagiarized themselves from other notable acts of contrition by fellow actors, politicians, and even the CEO of Facebook. That makes LaBeouf an Internet troll, which is someone online who promotes antagonistic behavior for personal enjoyment. This may make him look like a punk except for the fact that he originally tried to genuinely apologize. Perhaps this was a publicity stunt, but if it was, it has backfired. He let his emotions get the better of him, destroyed his own online reputation on Twitter, and alienated legions of fans.

While LaBeouf seems to be trying to make amends now, what he's done has been a disaster PR wise. Online reputations are not things to be taken lightly by anyone, be it a company or an individual. One day information like this could come back and bite him where the sun don't shine, and farther along in his career LaBeouf will regret both his plagiarism and this whole fiasco with Twitter. Yes, his critics were a major part of pushing him over the edge, but he did admit he was at fault for the plagiarism and he should learn from this mistake.

If LaBeouf hopes to rebound from these difficulties, one of the first steps he should consider is online reputation management. And this does not apply only to him: if you have been wronged by critics or are seeking to recover from an embarrassing fall and want to get back on your feet on a positive note online, consider the utilization of Centel Media™'s services. We are the premiere online reputation management firm and specialize in dealing with criticism. Not only do we have products which suppress negative articles, images, reviews, and video, but we also write press releases which are aimed at restoring your reputation through positive reinforcement. We'll also help to prevent this from ever happening again by showing you what it takes to maintain a good reputation. Don't let a nightmare like LaBeouf's situation stop you from reaching your dreams.

Centel Media™
Posted by Roche' Johnson at 11:27 AM No comments: 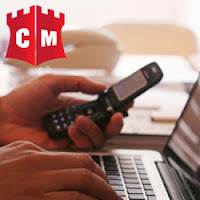 Centel Media
Posted by Roche' Johnson at 10:32 AM No comments: