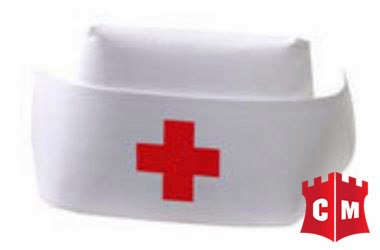 People feel passionately, one way or another, about controversial subjects. Nothing anybody says will change how they feel.  Whether it is a stance on abortion, polygamy, or euthanasia, the media is bound to respond in an uproar. This is why it is essential to take control of your online reputation when involved in a high-profile case.  Centel Media™, the top online reputation company, offers a multitude of services which includes Negative Article Suppression, a product designed to help anyone involved in such an unfortunate, media-ridden situation.
Take the recent case of a Pennsylvania nurse who was accused of handing her 94-year-old father a bottle of morphine and helping him commit suicide. Assisted suicide is illegal in every state but Oregon, Washington, Montana, Vermont and New Mexico. The nurse, Barbara Mancini, admitted to handing him the vial but in an attempt to relieve his pain, not help him end his life.

The story behind Joseph Yourshaw’s death is rather sad. It highlights the importance of hospice care and the rights of the dying.  Yourshaw was peacefully living at home under hospice care when he became unresponsive. Against the families wishes, the hospice company called 911 and he was taken to a hospital and revived. Instead of dying peacefully at home as he had wished, Yourshaw was rudely brought back into a life full of pain. His life ended in the hospital.

In the end, the judge dismissed the case against the nurse, as there was not enough evidence to prove she had meant to end his life.  In a broader sense, this verdict perhaps reflecting the changing view of people on assisted suicide. It seems to becoming gradually more and more accepted as an ethical practice.  Choosing to end your life in a dignified manner, in a place and time of your choosing, should be a basic human right.  It is when people help others achieve these goals that things get complicated.

The family should have been mourning the loss of a loved one, not facing a legal battle. Don’t let the media denote how personal life experiences affect your online reputation.  While the case of the nurse and her dying father are a rare case, they highlight the importance of taking control of online reputation. Let the pros at Centel Media keep your reputation where it deserves to be.

Posted by Unknown at 8:12 AM No comments: